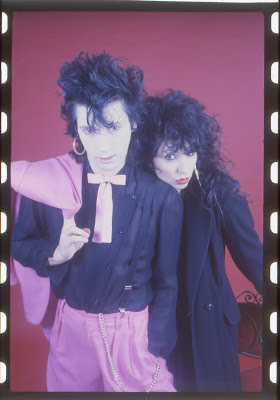 Dec 27, 1987-Limelight NYC-Johnny plays one of his best shows I seen outta my 100 or so. Comes out on stage at 4:30AM, the latest i ever waited for anyone. Kicks over the xmas tree and grubs up money from the crowd for an 8 ball or 'i aint playin one song' .... just fucking great

Dec 27, 1987 Limelight NYC- comes out to play at about 4AM, kicks over a xmas tree and says he's really tired and says buy me ant 8-ball of cocaine or I aint playing, people throw money onstage and he returns to play a great set

the claw of truth said...

oh, and he twatted some bloke in the crowd on the head with his microphone.

Im sure the "twatting on the head with microphone" incident was at Leeds with the Vaynes supporting,could be wrong.The Liverpool gig was at Planet X Johnny had lost his voice,good gig though !!!

I remember my sister coming home from the Planet X gig and saying JT turned up late and "confused" and he got upset after the gig because he thought it'd been shit. My sister gave him a hug and said she'd come and see him next time he played.I think he also robbed me mum's trilby hat and danced in it.

Dr Purva Pius said...
This comment has been removed by a blog administrator.
September 13, 2018

To the two last commentors: this was a conversation about the late Johnny Thunders and rock ‘n roll until you ruined the flow with your money grubbing scam loan nonsense. Have you no hearts?